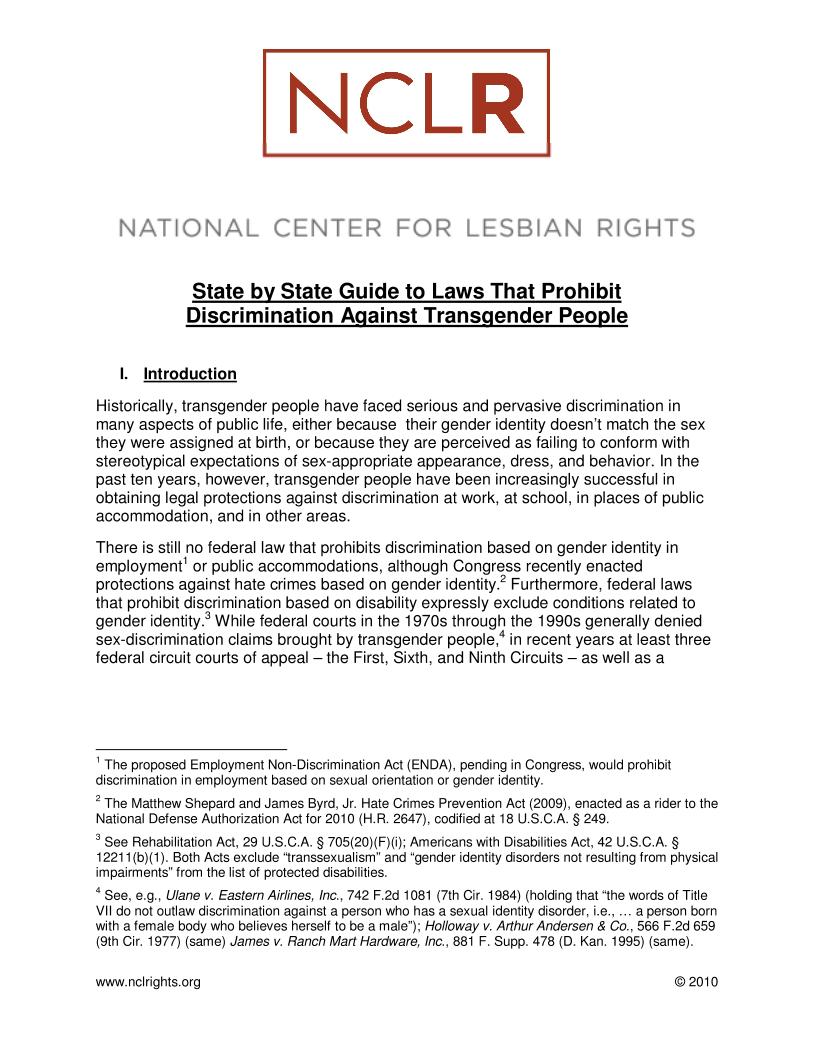 “"Historically, transgender people have faced serious and pervasive discrimination in many aspects of public life, either because their gender identity doesn't match the sex they were assigned at birth, or because they are perceived as failing to conform with stereotypical expectations of sex-appropriate appearance, dress, and behavior."”

This fact sheet (from 2010) covers what states specifically have laws against discriminating against transgender people in employment, housing, and public accommodations. States covered include: CA, CO, HI, IL, IA, MD, ME, MN, NJ, NM, NC, OR, RI, VT, WA, and Washington DC. This publication is a guide to those state laws that expressly prohibit discrimination based on transgender status, gender identity, or gender expression.