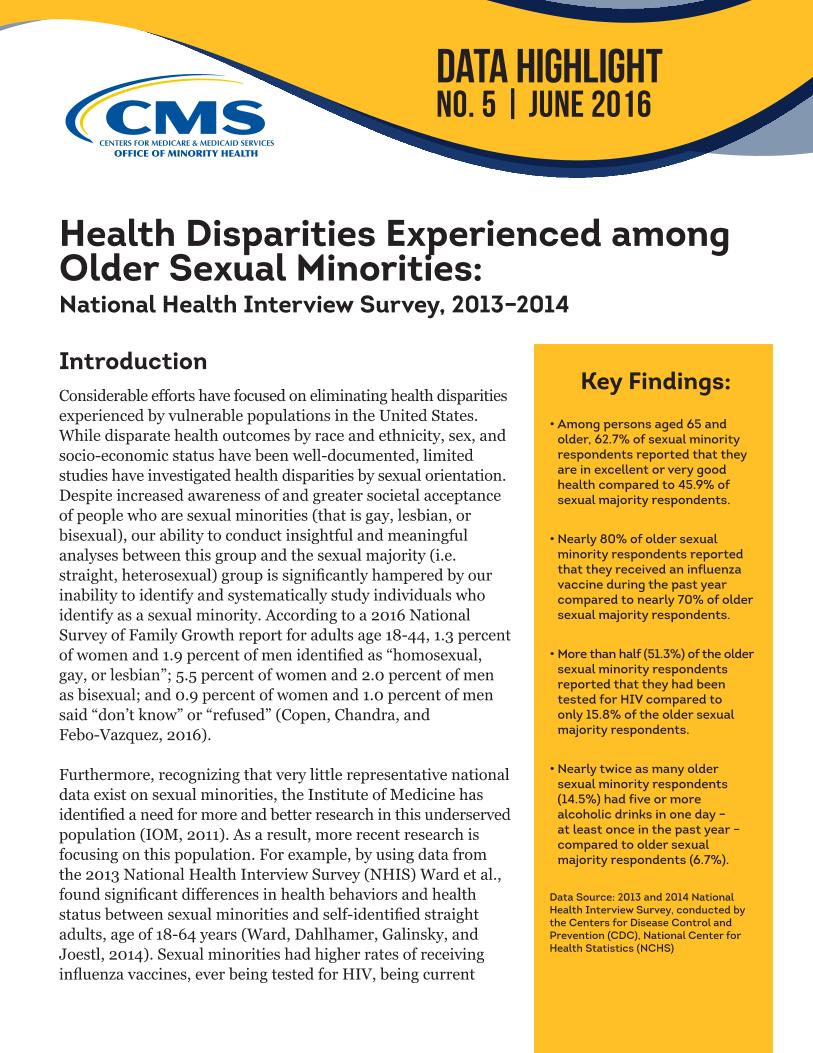 “The existence of the HP2020 LGBT topic area alone highlights the Department of Health and Human Service’s commitment to improving the quality of health for sexual and gender minorities. The Office of Minority Health at the Centers for Medicare and Medicaid Services is committed to supporting the departments’ goals and to advancing sexual orientation and gender minority data collection and research.”

Considerable efforts have focused on eliminating health disparities experienced by vulnerable populations in the United States. While disparate health outcomes by race and ethnicity, sex, and socio-economic status have been well-documented, limited studies have investigated health disparities by sexual orientation. Despite increased awareness of and greater societal acceptance of people who are sexual minorities (that is gay, lesbian, or bisexual), our ability to conduct insightful and meaningful analyses between this group and the sexual majority (i.e. straight, heterosexual) group is significantly hampered by our inability to identify and systematically study individuals who identify as a sexual minority.