How to Collect Data About LGBT Communities 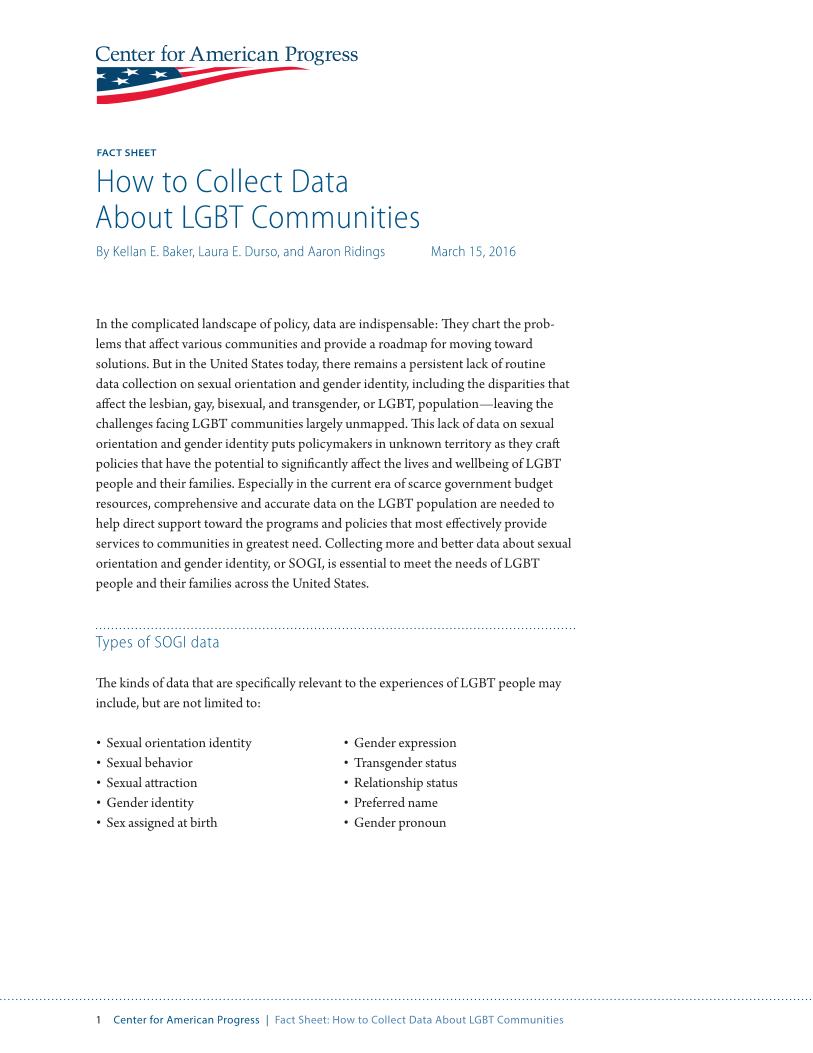 How to Collect Data About LGBT Communities

“But in the United States today, there remains a persistent lack of routine data collection on sexual orientation and gender identity, including the disparities that affect the lesbian, gay, bisexual, and transgender, or LGBT, population—leaving the challenges facing LGBT communities largely unmapped.”

Fact sheet  from the Center for American Progress. Collecting more and better data about sexual orientation and gender identity is essential to meet the needs of LGBT people and their families across the United States.