Diagnoses of HIV Infection among Adults Aged 50 Years and Older in the United States and Dependent Areas, 2007–2010 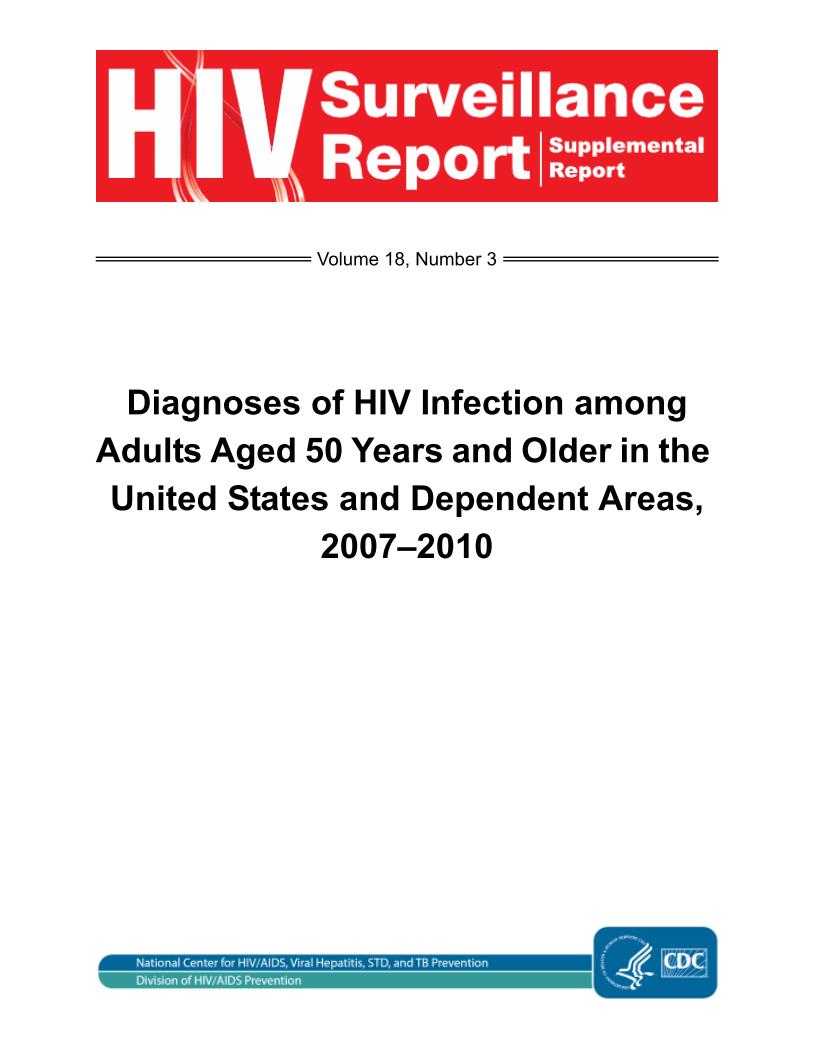 Diagnoses of HIV Infection among Adults Aged 50 Years and Older in the United States and Dependent Areas, 2007–2010

“Data from the 2010 HIV Surveillance Report, published by the Centers for Disease Control and Prevention (CDC), indicate that, in the 46 states with long-established confidential name-based HIV infection reporting, the estimated percentage of persons living with diagnosed HIV infection who were aged 50 years or older increased 14.3%, from 28.6% in 2007 to 32.7% in 2009. ”

This surveillance supplemental report complements the 2010 HIV Surveillance Report by presenting additional data on persons aged 50 years and older.This report is intended to guide public health strategies that focus on preventing the spread of HIV among older adults in the United States and U.S. dependent areas as well as to assist with planning for HIV treatment and care needs.