A Broken Bargain for LGBT Workers of Color 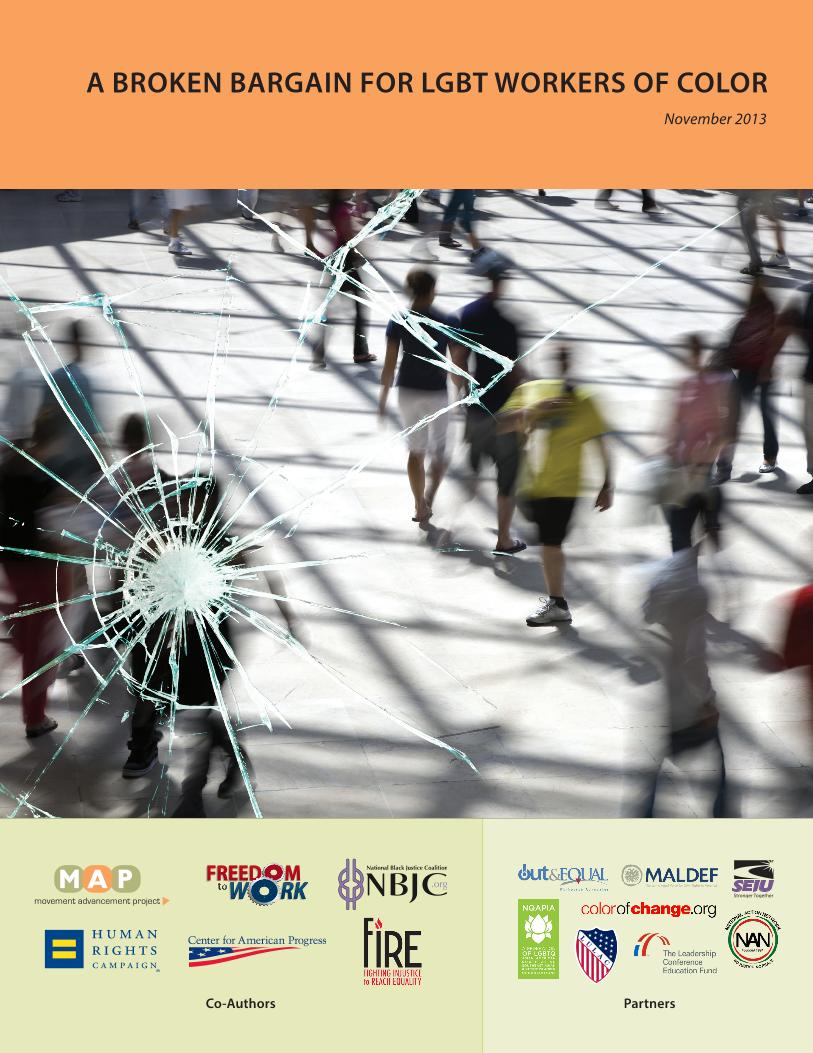 A Broken Bargain for LGBT Workers of Color

October 2013 | Movement Advancement Project, the Center for American Progress and its FIRE Initiative, Freedom to Work, the Human Rights Campaign, and the National Black Justice Coalition

“"Instead of having a fair chance to get ahead, LGBT workers of color often are held back by a combination of barriers that adversely affect their ability to get a quality education and find good, family-supporting jobs in workplaces that are free of discrimination. While it can be hard to identify exactly how the forces of bias and prejudice based on race, sexual orientation and gender identity intersect, the fact is that they do so to the detriment of LGBT workers of color, making them some of the most disadvantaged workers in the U.S. workforce"”

Lesbian, gay, bisexual, and transgender (LGBT) workers of color are among the most disadvantaged workers in America. Due to discrimination coupled with a lack of workplace protections, unequal job benefits and taxation, and unsafe, under-resourced U.S. schools, LGBT people of color face extraordinarily high rates of unemployment and poverty.