Caught in the Budget Battle: How the 'Fiscal Showdown' Impacts Gay & Transgender Americans 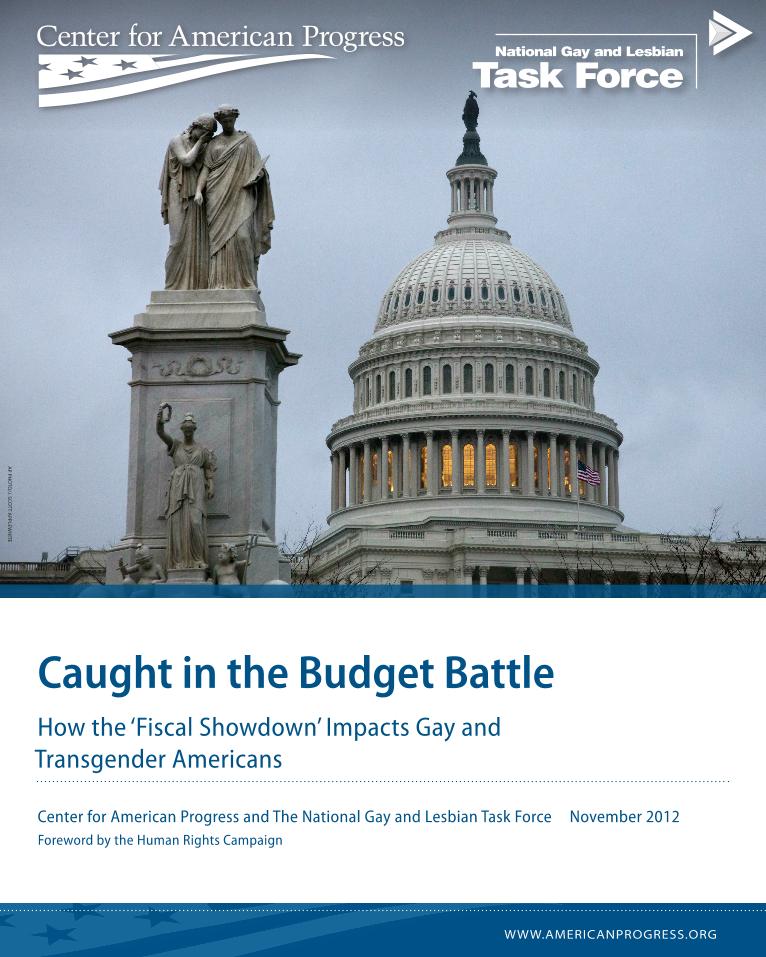 Caught in the Budget Battle: How the 'Fiscal Showdown' Impacts Gay & Transgender Americans

“"These drastic, across-the-board cuts would have a tremendous impact. Programs designed to serve the most vulnerable Americans are among those that are threatened, including programs that provide a vital lifeline for thousands of gay and transgender people, as well as people living with HIV and AIDS across the country."”

The ‘Fiscal Showdown’, a series of onerous automatic federal spending cuts, known as ‘sequestration’ and tax hikes will go into effect on January 2, 2013 unless action is taken by Congress. Sequestration in particular would result in draconian cuts to federal programs that support the health, wellness, and livelihood of gay and transgender Americans and their families.