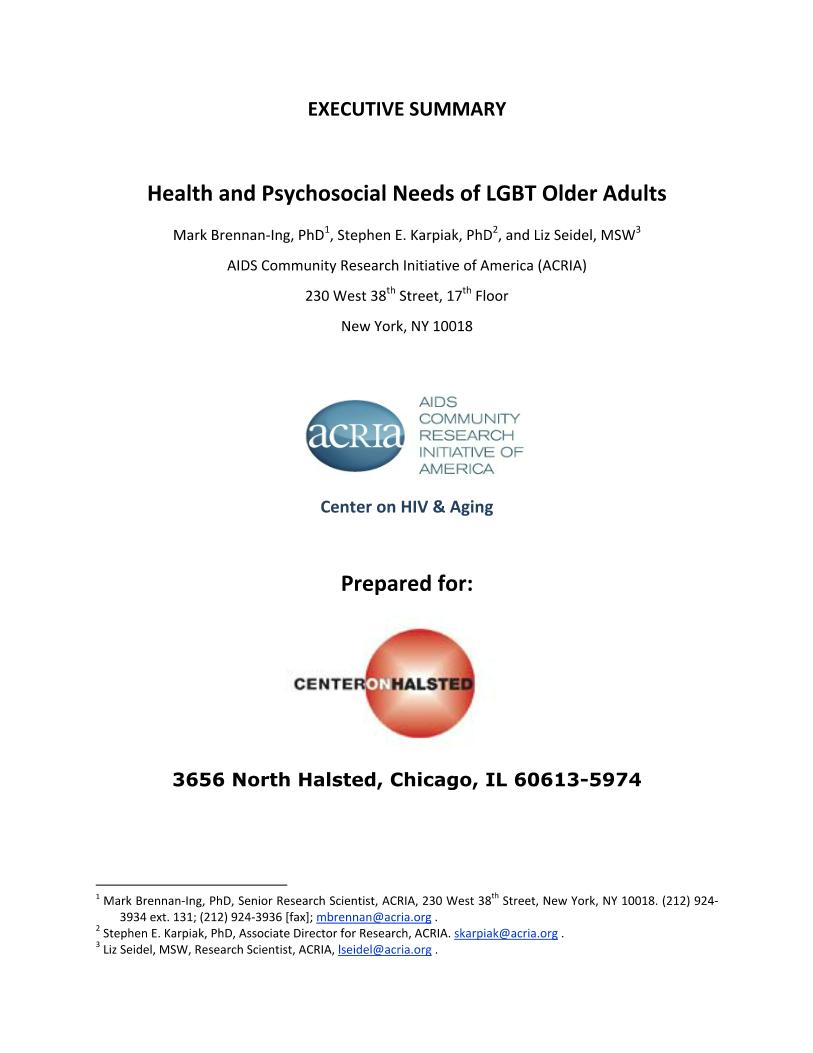 This research study provides one of the most comprehensive descriptions of the health, well-being, and social context of Lesbian, Gay, Bisexual, and Transgender (LGBT) older adults, focusing on the aging LGBT population residing in Chicago, IL. The study provides in-depth data on the health status of the aging LGBT community, including sexual health and concomitant risk behaviors, as well as the challenges of living with HIV.