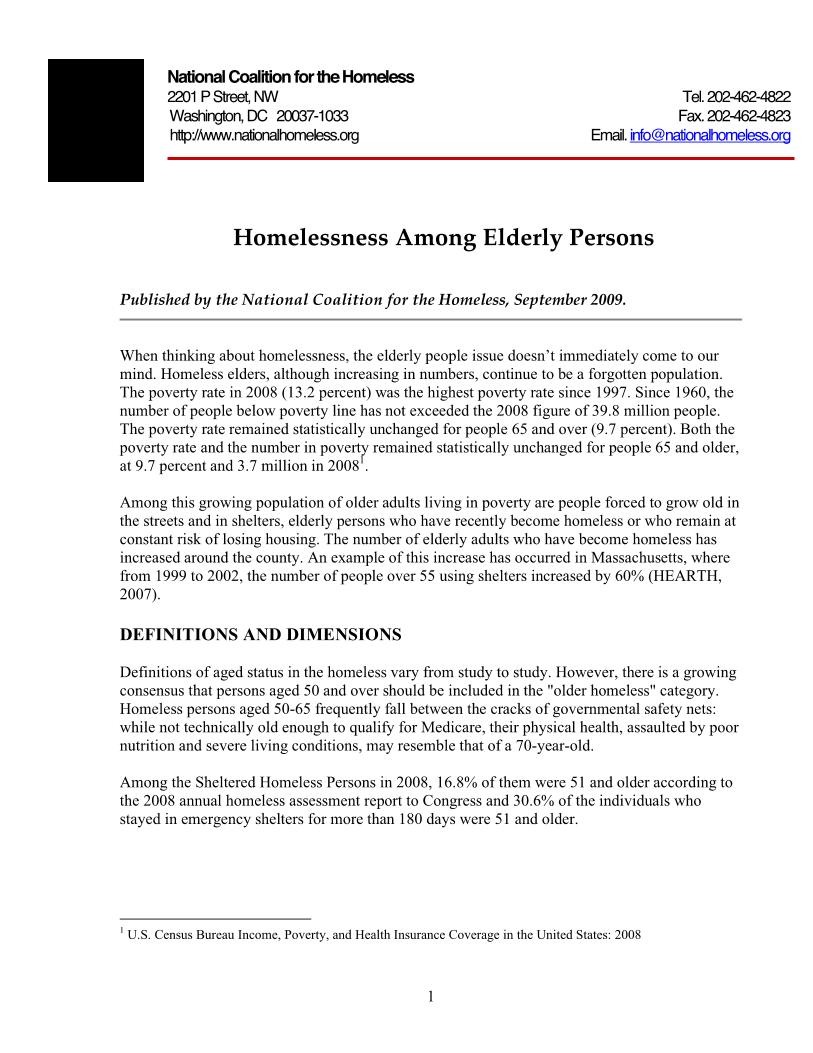 January 2009 | National Coalition for the Homeless

“"Throughout the nation, there are at least 9 seniors waiting for every occupied unit of affordable elderly housing."”

When thinking about homelessness, the elderly people issue doesn’t immediately come to our mind. Homeless elders, although increasing in numbers, continue to be a forgotten population. The poverty rate in 2008 (13.2 percent) was the highest poverty rate since 1997. Since 1960, the number of people below poverty line has not exceeded the 2008 figure of 39.8 million people. Factors such as a decline in affordable housing nationwide, financial institutional programs (such as SSI) not offering enough money to cover basic expenses contribute to this problem.