Looking Ahead: Philadelphia's Aging Population in 2015 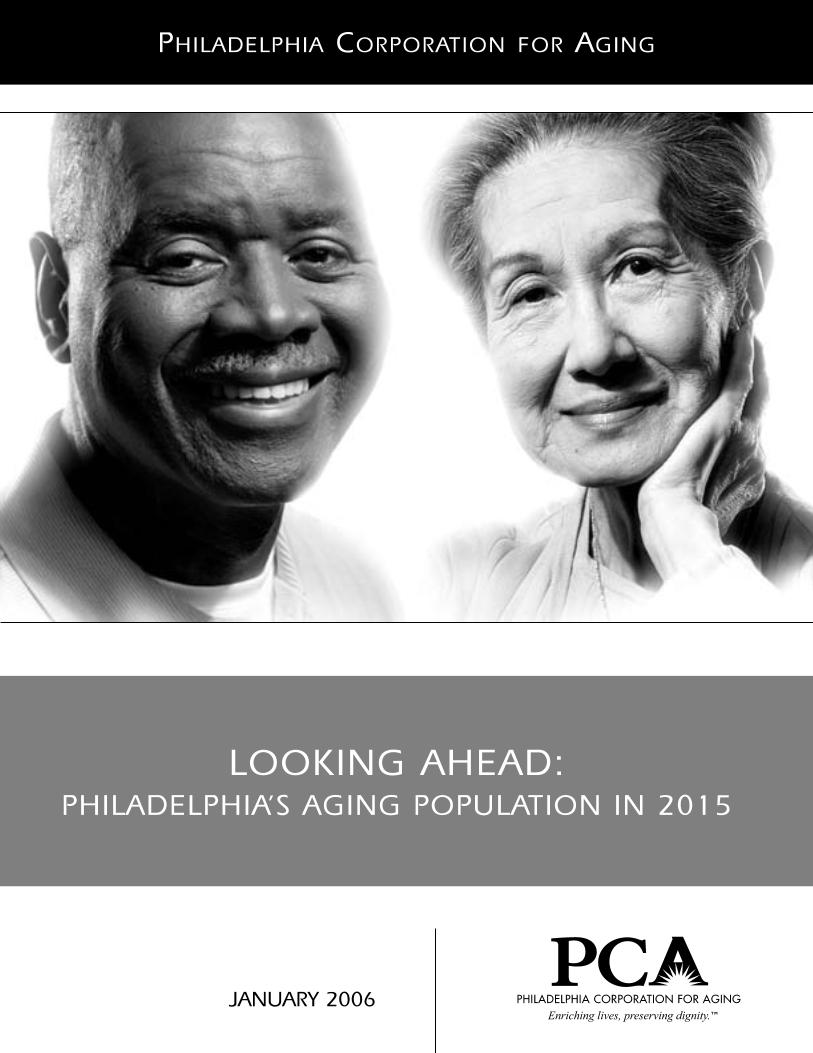 Looking Ahead: Philadelphia's Aging Population in 2015

This publication discusses Philadelphia’s aging population by the year 2015 and beyond, drawn from comprehensive data analysis and research commissioned by Philadelphia Corporation for Aging. The picture that emerges is of an increasingly diverse older population – ethnically, racially, economically and in terms of lifestyle, health and well-being. In the year 2015, Philadelphians over the age of 60 will be active and engaged with work, volunteering, social life, grand parenting and caregiving. But a significant proportion will have serious needs in many realms of their lives that may lead to potentially broad-ranging consequences for the region in the decades to come.