Out and Aging: The MetLife Study of Lesbian & Gay Baby Boomers 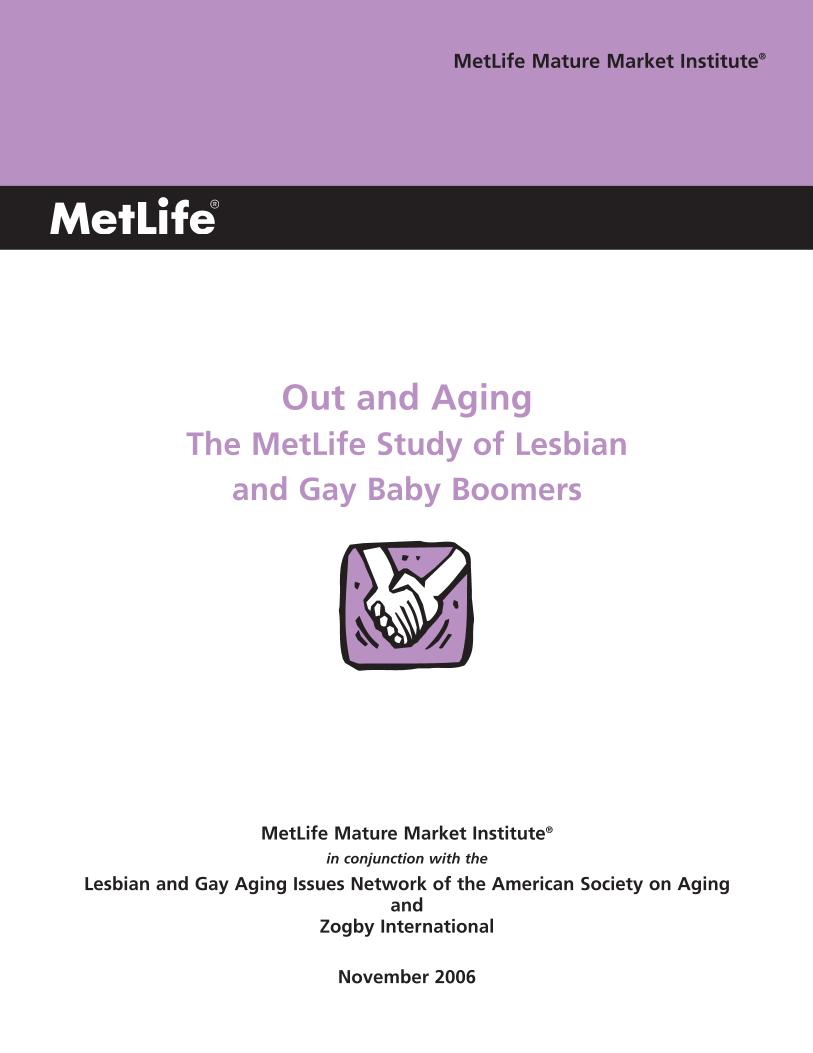 Out and Aging: The MetLife Study of Lesbian & Gay Baby Boomers

“"For the first time, this study creates a national snapshot of LGBT baby boomers—and of what matters to them as they look toward the future."”

The baby boom generation has lived through a period of tremendous cultural change, including significant shifts in social attitudes toward lesbian,gay, bisexual and transgender (LGBT) issues. As they plan for retirement and for their eventual long-term care and end-of-life needs, LGBT baby boomers share in the hopes and experiences that characterize the largest generation in American history. At the same time, however, they reflect certain unique family structures and gender role differences—and they confront distinct concerns about caregiving, social support networks, retirement and end-of-life planning. In February 2006, in partnership with the MetLife Mature Market Institute, the Lesbian and Gay Aging Issues Network of the American Society on Aging undertook the first U.S. national survey of LGBT baby boomers. The snapshot of LGBT baby boomers that emerges from the survey raises important questions for the wide range of professionals who work with older adults, employers, policymakers, and everyone interested in ensuring dignity, independence and the highest possible quality of life for the boomer generation as it reaches midlife and old age.