To Survive on This Shore: 5 Years Later 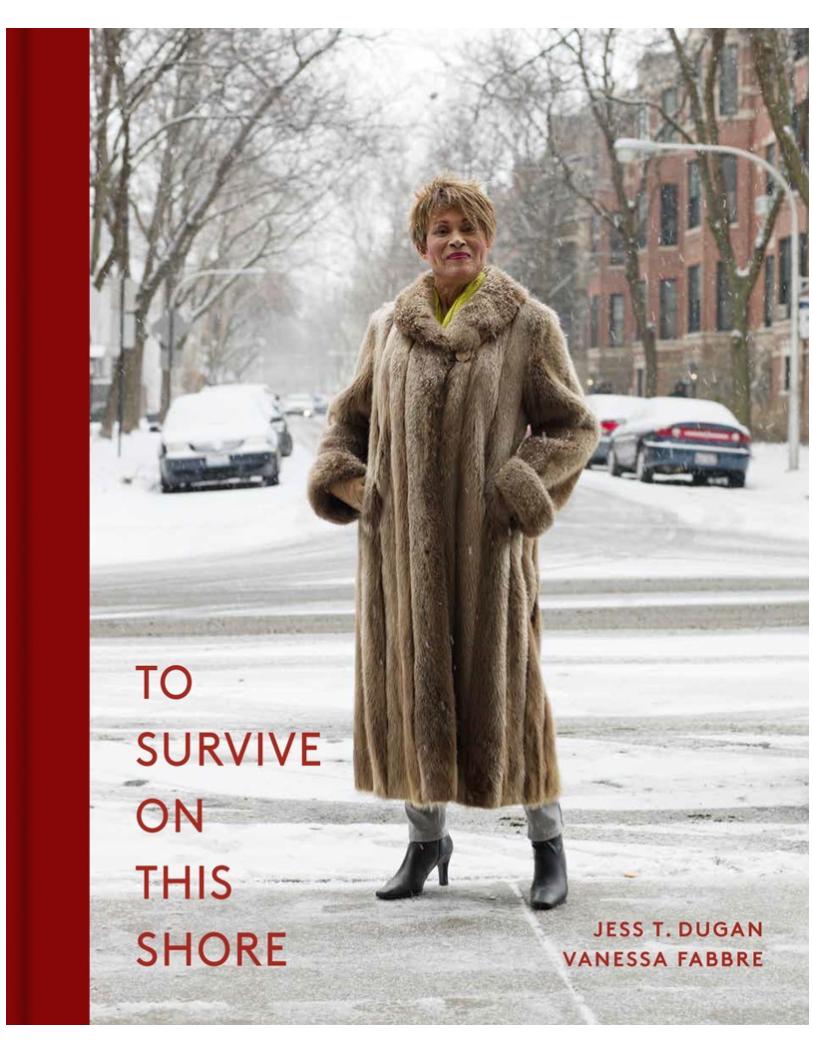 To Survive on This Shore: 5 Years Later

“We heard from one project participant that he shared the book with his family, who had previously struggled to accept him and had never used his correct name or pronouns. After seeing the book, they apologized to him and began addressing him correctly. ”

Jess and Vanessa - we first interviewed you in January of 2015 regarding your groundbreaking project To Survive on this Shore: Photographs and Interviews with Transgender and Gender Nonconforming Older Adults. You mentioned in the first interview that you planned to publish a book with the photos and interviews. Can you tell our readers about your book and the influence it has had on the project?

Yes! We spent five years working on To Survive on This Shore and ultimately photographed and interviewed 88 people throughout the United States. In 2018, we published a hardcover book that includes 65 portraits and interviews as well as an interview with us about the creation of the project. We were thrilled that the first edition sold out almost immediately, and the book is now in its second printing. We always knew we wanted the project to exist as a book because we wanted it to reach as many people as possible.

You have also hosted gallery shows and discussion panels regarding this collection. What has been the response from the public attending these shows?

The response has been enthusiastic and wonderful! The project exists as a traveling museum exhibition that has been displayed at four venues to date, including projects+gallery in St. Louis, MO, the Frost Art Museum in Miami, FL, the Provincetown Art Association and Museum in Provincetown, MA, and the University of New Mexico Art Museum in Albuquerque, NM. At each venue, we have organized educational programming and have involved the project participants and the local LGBTQ community as much as possible. We have been pleasantly surprised by how well the project has been received – it seems to be really making a difference in people’s lives.

Has anything surprised you about this work as you have shared the stories through the gallery shows and the book?

We have been touched by how deeply the project has resonated with all kinds of people, including those who identify as transgender or gender nonconforming and those who do not. Every time we show or speak about the work, people come up to us afterward and share incredibly personal stories about their lives and the ways in which the project has affected them.

I know you have kept in touch with many of the people you photographed and interviewed. Are there any stories you would update today regarding how this work has touched their lives?

Yes, there are so many wonderful stories! We heard from one project participant that he shared the book with his family, who had previously struggled to accept him and had never used his correct name or pronouns. After seeing the book, they apologized to him and began addressing him correctly.

The book has also been used by nonprofit organizations for advocacy and education, and a lot of therapists and mental health providers have bought the book to put in their offices. And, we’ve heard from a lot of parents of transgender and gender nonconforming young folks that they gave the book to their children and it helped them to see that they are not alone. So that’s pretty wonderful.

Vanessa, at one of your talks at a gallery show, you mentioned part of your research has been analyzing the interviews and finding common themes among the participants in this book. Can you provide an update on the themes you have identified and how it might inform the work and support of transgender older adults?

It has been so rewarding to spend more time with the full interviews from the project. I’ve worked with several students in the past year to analyze the interviews, and there is so much more work to do! One of the first topics we explored was the experience of stigma – at multiple levels – in people’s lives. It’s important to understand how we internalize society’s stigmatization of gender diversity in order to help people liberate themselves from the internal conflicts this causes. It’s also important to learn how transgender and gender nonconforming people respond to stigmatizing environments and society more broadly. Many of the project participants responded by mentoring and supporting younger people and getting involved in activism. One lesson from this project is that activism is an important part of experiencing well-being and self-efficacy in later life.

Many of the people we interviewed also talked about the role of spirituality in their lives and how accepting and nurturing one’s gender identity is often a spiritual experience. I think this has important implications for the way we talk about religion and spirituality in trans and queer communities.

Sadly, a good number of people we interviewed shared stories of suicide attempts. I’m working with several students to reconstruct their narratives to help shed light on this experience. I think older adults who have the advantage of looking back on their lives have important insights for younger people who may be struggling.

Jess, tell us more about your efforts to share this work with nonprofits and other community groups?

While we are excited about the museum exhibition and book, of course, we wanted to make sure that the work reached people who might not go to a museum or seek out a photography book. We created a community exhibition that is available to non-art venues, which has helped bring the work to a broader and more diverse audience. Over the past year and a half, the community exhibition has been on view at several churches, synagogues, and universities and will continue to travel for the foreseeable future. It has been exciting for us to see the work in these venues and to see how enthusiastically people have responded.

We also created a limited edition portfolio of the work available only to teaching museums, and we’re thrilled to say that all 12 copies of this portfolio have been acquired – and are being used for teaching and exhibition – by college and university museums throughout the country.

As I mentioned, it has always been our intention to make the work available to anyone who wants to use it for advocacy and education. We have collaborated with several nonprofit groups on political campaigns and training modules, and we have also worked with writers and researchers who want to include the work in their books and publications.

Last, we are donating the full contents of the project, including complete interview transcriptions and all of the photographs, to several archives to be preserved for future study and research.

What are your closing thoughts regarding the importance of this work and the legacy of the people whose stories you have shared through photography and interviews?

We began this project, in part, because we saw a major lack of representations of transgender and gender nonconforming older adults and felt that we had the ability to begin to address that lack through our work. We hoped and dreamed that the project would make a difference, but we almost couldn’t have imagined it would make as big of a difference as it already has. The response to the project confirmed that the lack we perceived was real and significant and that the world was hungry and ready for these stories. We are very proud of the project we have created and are incredibly grateful to all of the participants who so generously shared their stories and lives with us – this project is for them.

Explore the photographs and stories from this project and learn more about brining this exhibition to your organization at To Survive on This Shore.